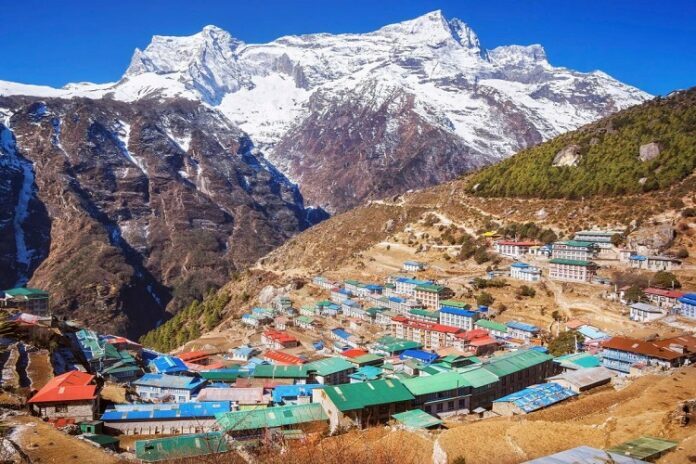 Mt. Everest, the highest peak of the world, has always been a fascination for adventure lovers. That is why trekking around Everest region and Everest expedition is a popular travel activity in Nepal. But because of its altitude and alpine characteristics it has very volatile weather as a result of which the trekking and peak climbing in this region can be very unpredictable for us. The winter season is the most unsuitable season for trekking because of the extreme temperature and its environmental outcomes. Likewise, the rainy season could be really unpredictable too with incidents of avalanches here and there. The most appropriate season thus for Everest base camp trekking or peak climbing in Everest region is during autumn season (September-October) or during spring season (April-May). The weather and temperature is somehow stable during these seasons.

The temperature of Everest region is drastically fluctuating within a short span of 24 hours ranging from around 20 degree Celsius during the day which may drop to -20 degree Celsius during nightfall. It is also highly dependent on the months or seasons of the year. The temperature also depends on the altitude. It is more fluctuating and uncertain in elevations above 4000 m. This is because at that altitude, the atmosphere is thinner and it gets heated up quickly as the sun rises and cools down quickly in its absence.

The wind speed during this season is either calm or up to 15 m/s at max. Chances of precipitation or rainfall in these months are low. At the same time the humidity too is also low dropping to a level almost similar to that of winter (20%) which makes the environment dry and apt for trekking and expeditions. Wind chill is almost absent in these months of the year.

Due to these favorable climatic conditions, trekking or expedition at higher altitudes such as in Everest region is apt during the months of late September and October. We are most likely to be blessed with clear view of sceneries and with a stable temperature and climatic condition, our experience is going to be more comfortable as well as enjoyable.

A Comparison of Beachfront Condos in Marco Island

A Commercial Real Estate Company May Suit Your Needs